How is SterJo Mail Passwords working? 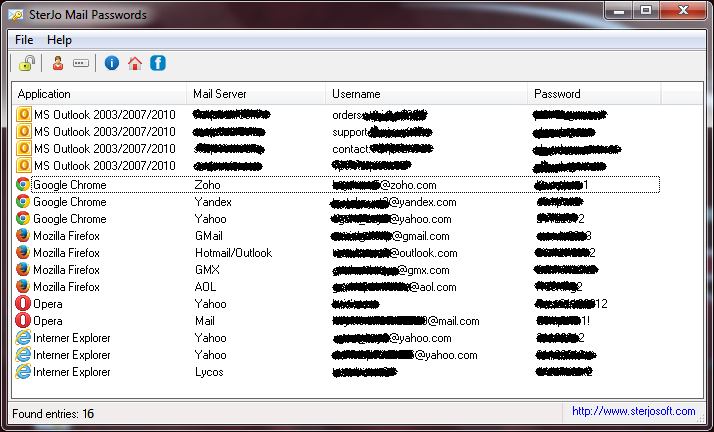 The interface has very simple structure where password scanning is done with a simple click. All previously saved mail passwords by the web browsers, Microsoft Outlook or Mozilla Thunderbird are displayed in a second within the mail server. This tool could recover mail passwords only if they were previously saved and stored by web browsers, MS Outlook or Mozilla Thundebird, but forgotten in time.

About Downloading the SterJo Mail Passwords

Warning! Mozilla began to automatically switch users from 32-bit Firefox to 64-bit Firefox, with the update to Firefox version 56.0.1 on October 9, 2017. Because my software is 32-bit, the decryption modules for Firefox could not be loaded and therefore username and password fields are shown blank. If you still need to recover your login details please see How to opt out of 32-bit Firefox migration to 64-bit